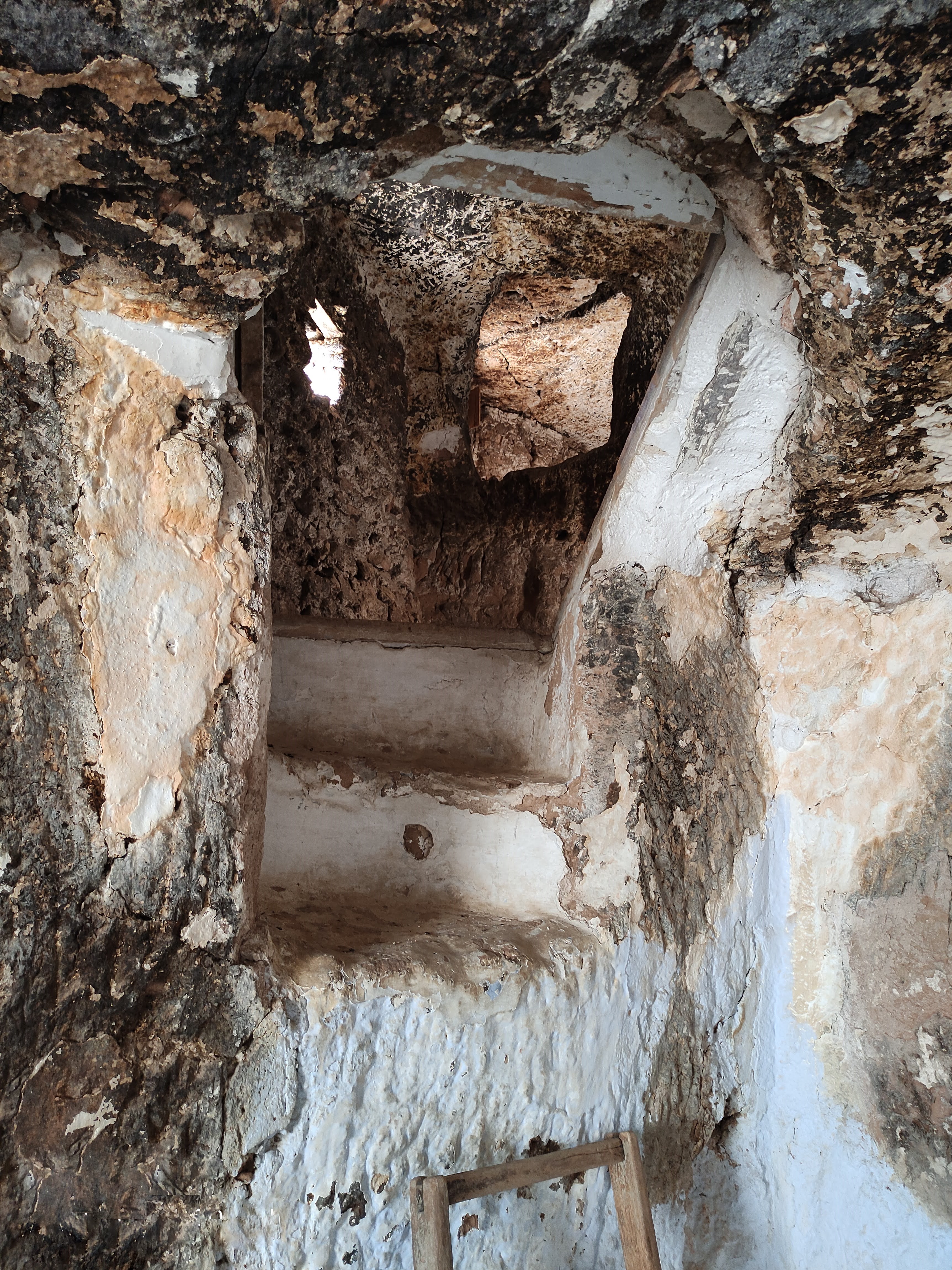 Known als Cortijo Viejo Almagruz , it's a building cave-house that includes among its premises rooms belonging to the ancient caves on cliff.

We can notice that its main entrance is preceded by six steps, which lead us to the main door, the layout towards the other premises have also two or three steps that adjust to the existing caves in different levels and include them in the dwelling place.

This house has historically been inhabited by many families and generations from Purullena, Darro, Graena, Lopera... that have been at the service of the Molina family and have been farm labourers of his lands.

In the cave-house lived the owners, temporarily, together with the farm labourer and his family. Round the caves lived the shepherds, aperador, guard ...

The aim of the restoration is to turn the farm house into an Interpretation Centre to analyze the role man-woman in their professions: "Farm labourer- his farm works"...placing emphasis on the supplying in the farm house throughout history (without drinking water, without electricity, firewood oven...) We are gathering documents, tools, farming implements, photos, wardrobe,... that illustrate us about their past. We try to preserve and exhibit a way of life that take advantage, for centuries, of the resources of an environment at times hostile, preserving its environmental wealth and shaping an unique landscape where the human traces are as spectacular as the natural.